Published on Thursday, February 11, 2021
This article was tagged under: Environmental, Lawn Care 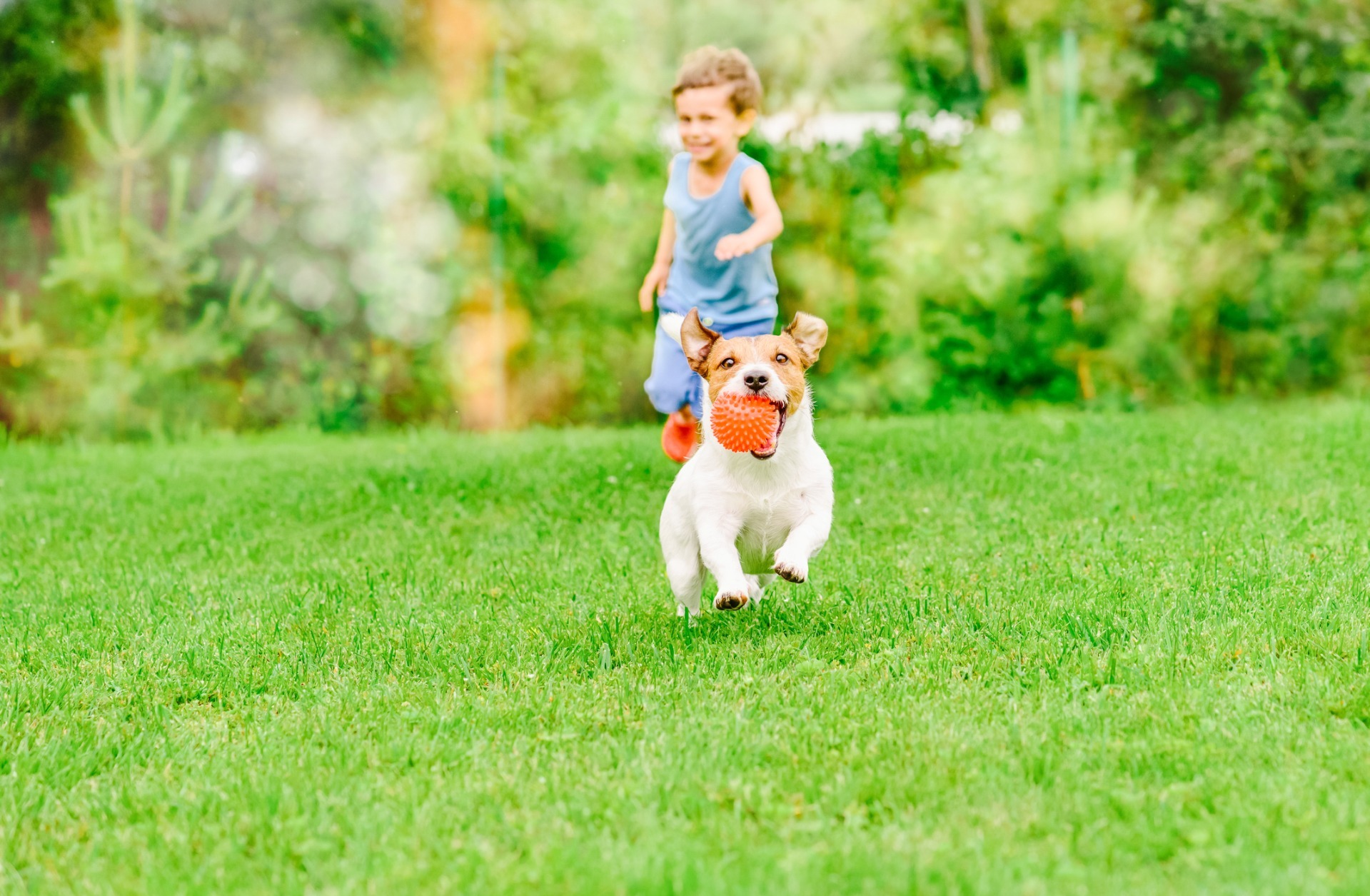 Are Your  Lawn Care Services Kid and Pet-Friendly?

This is a question of concern that we receive from our customers. This question has increased over the last few years since many companies are now marketing that their services are Pet Safe, Kid & Pet Friendly, Family Friendly, or offer Safe Organic Lawn Care while not really disclosing that they are still using pesticides. At The Lawn Techs, we feel this is somewhat misleading to the public.

All lawn fertilizers are for the most part safe. Kids and dogs do not eat fertilizers, even if the pellets tasted like candy it would be very difficult to impossible to locate the pellets and then pick them up and ingest them.

All lawn pesticides are registered and labeled by the state and the EPA. No product label will indicate "safe" and they all have risks if not used properly. Most of these risks are to protect the applicator and the environment. This is why lawn care companies and employees are licensed and regulated.

Instructions about each treatment are left on your door on each service visit. They include what product was applied and safety instructions. Also, a consumer information sheet is given to you every year with instructions and a master list of pesticides that may be used.

Types of Lawn Care Treatments that we make:

Granular lawn treatments of fertilizer at times also include a pesticide such as pre-emergent crabgrass control or grub control. The pellets...

Does Lawn Care Help or Hurt the Environment?

Published on Friday, January 08, 2021
This article was tagged under: Environmental, Lawn Care 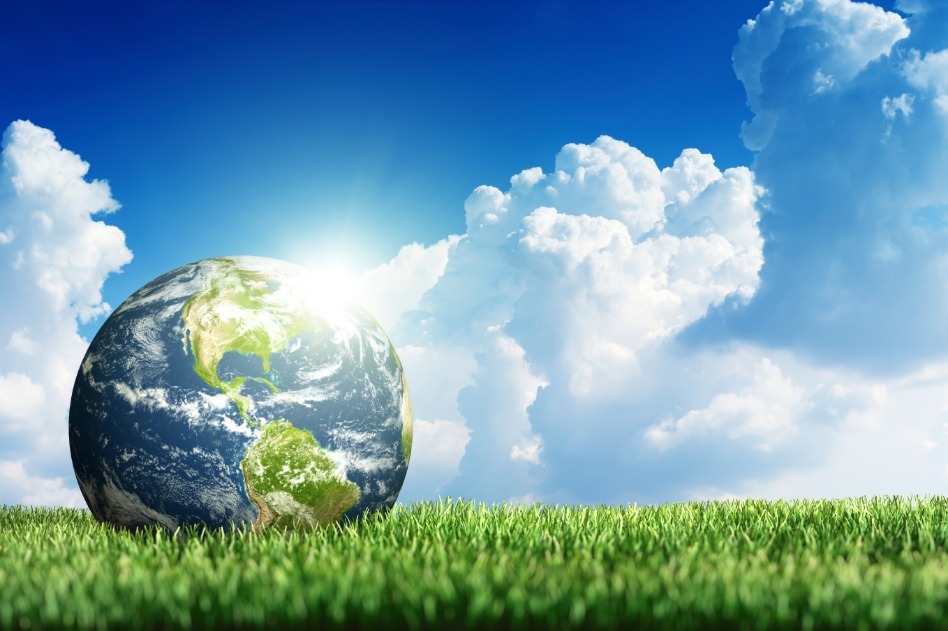 Does Lawn Care Help or Hurt the Environment?

Environmental Facts of Having a Healthy Lawn!

Climate is controlled at ground level by turf grasses as they cool temperatures appreciably, thus working as exterior "air conditioners."

Dust and smoke particles from the atmosphere are trapped by turf which helps keep the air cleaner.

Noise is absorbed by grass areas which cut down on excessive sound, a growing problem in urban areas.

Pollutants, such as carbon dioxide and sulfur dioxide, are absorbed by turfgrasses thereby rendering the air fit to breathe.

Turfgrass thatch acts as a barrier to deterring chemicals from entering the soil profile.

Oxygen generation by turfgrasses has a major impact on making our environment habitable. A 50'x 50' lawn produces enough oxygen for a family of four.

Erosion of soil by water is effectively controlled by grasses as they intercept raindrops before they disturb the soil and they also slow the flow of water which minimizes soil loss.

Groundwater is enhanced in two ways by a dense turf. Turfgrasses increase infiltration of water and clean the water as it passes which in turn recharges the underground water supplies used by all of us.

Run-off of water and pollutants is greatly reduced by a highly maintained lawn. Dense turfgrass cleans the water helping to maintain a high-quality ...

Published on Monday, June 10, 2019
This article was tagged under: Grub Control, Lawn Care 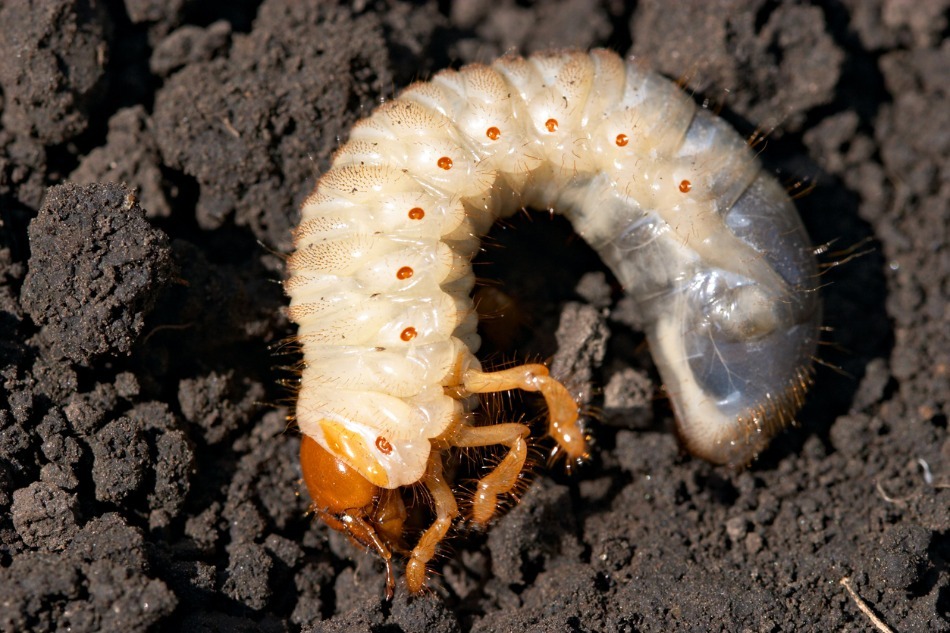 Grubs are serious pests that can destroy a lawn!

A grub is a slug-like larva that will develop into a beetle. There are many different varieties, the most common is the white grub. Grubs begin their life cycle in mid-summer to early fall as larvae. While in the larvae stage they live right below the ground surface and feed upon the lawn’s root system. This is undetectable until brown patches of grass develop. Unfortunately, once discovered, an infestation usually has caused irreparable damage to your lawn.

How do I control grubs in my lawn?

A traditional preventative grub control treatment is the best way to prevent grub damage. It is also the most cost effective and will give the best results. Some manufacturers and lawn care companies such as 1.888.Lawntec will even guarantee results. The downside is that this is a chemical that will stay in the soil for a period of time and will be toxic to beneficial insects and aquatic life if applied incorrectly. To be 100% safe and make the product effective it needs to be watered in and dry before adults, kids and pets use the lawn. 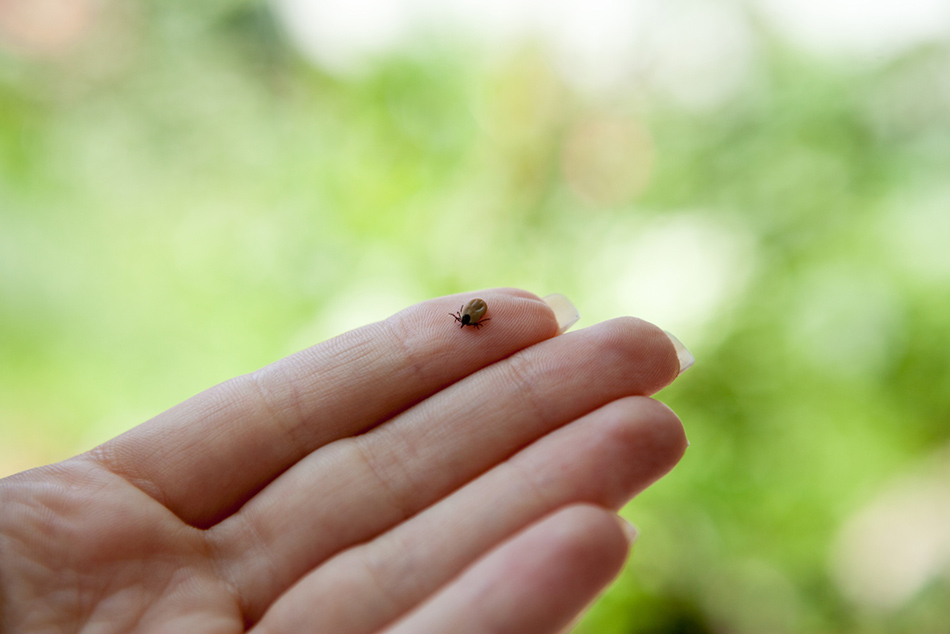 In 2017, there were 5,092 reported cases of Lyme disease in the state of NJ, the highest yearly total in nearly two decades, according to new data from the New Jersey Department of Health. In northeastern states, the tick infection rate is among the highest in the country. Deer ticks can be carried by deer, mice, raccoons, squirrels, birds, dogs and cats which are in all yards. Most bites occur in people’s own yard.

Be safe and check out our Tips & Tricks for Tick Prevention

1. Blacklegged ticks, which carry Lyme disease, are a threat any time of year when temperatures are above freezing. Most tick bites occur in May, June, July, August, and September when peak tick population coincides with high outdoor activity. It is always best to take preventive measures to reduce your risk.
2. Avoid tick-infested areas such as wooded and brushy areas with high grass and leaf litter. Cut down, clean or stay away from these areas.
3. Remove old log piles and debris where rodents can harbor.
4. Consider using bait boxes for mice or tick tubes.
5. Limit deer browsing on your property by replacing plants with deer resistant varieties and/or applying deer sprays, deterrents, netting, fencing, etc.
6. Keep bird feeders along the perimeter of your property.
7. When outdoors on school fields, hiking, camping, etc. consider a spraying a repellent on your clothes. Repeat that's clothes, not skin! Always read the product label before use.
8. Protect your pets...

Published on Monday, March 18, 2019
This article was tagged under: Lawn Care 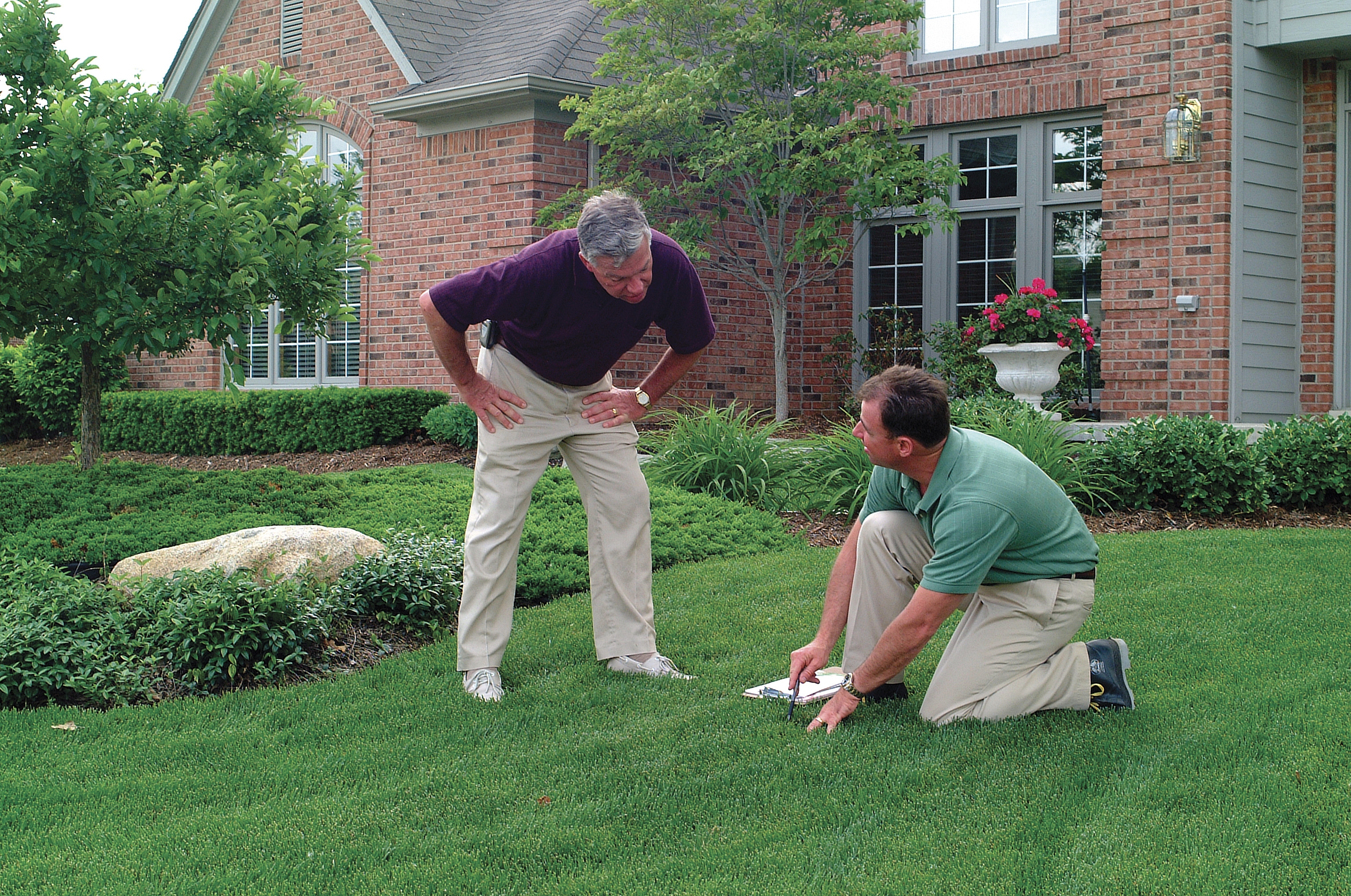 Leave your lawn & landscape work to a pro.

Hiring a professional lawn care company will save you time, money, aggravation and a possible trip to the doctor. But be aware there are many fly-by-night companies out there claiming they are "professional" and your experience with them may be anything but that. Do some research before you hire.

Why it pays to hire a professional.

Spring is the Time to Stop Summer Crabgrass 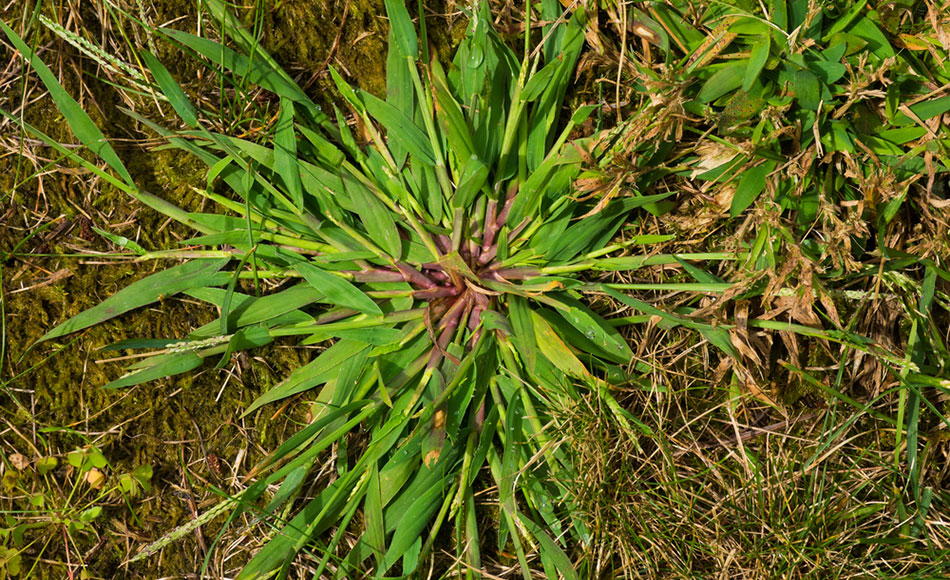 In Berkeley Heights, New Providence, Summit, and other surrounding communities, spring is the time to make one of the most important lawn care applications of the year, pre-emergent crabgrass control. Crabgrass is a nasty aggressive wild grass that is almost impossible to stop once it germinates. This pre-emergent application is combined with a spring fertilizer to help your lawn come out of dormancy, start to grow and green up!

The pre-emergent crabgrass control creates a barrier within the top inch of the soil, this barrier prevents crabgrass seeds from germinating.

Crabgrass seeds germinate in the late spring and summer, so it is important that this barrier is not broken.

Dealing With Other Wild Grasses

Keep in mind! In New Jersey, crabgrass does NOT grow in the spring, it is only a summertime problem. Therefore, if you see wild grass growing on your lawn in the spring, it is some other type of wild grass. Pre-emergent crabgrass or post-emergent weed killers will not control them. During the spring, there are many wild grasses that emerge and most of them peter out by the summer. If you have an ongoing problem in the spring with wild grass, we can get it professionally identified. Then, we can determine if there is any specialty product that will control it. Wild grasses get into a lawn from birds, hay, low-quality soil, or seed.

7 Reasons You Shouldn't Seed Your Lawn During Spring

Published on Monday, April 09, 2018
This article was tagged under: Lawn Care, Seeding 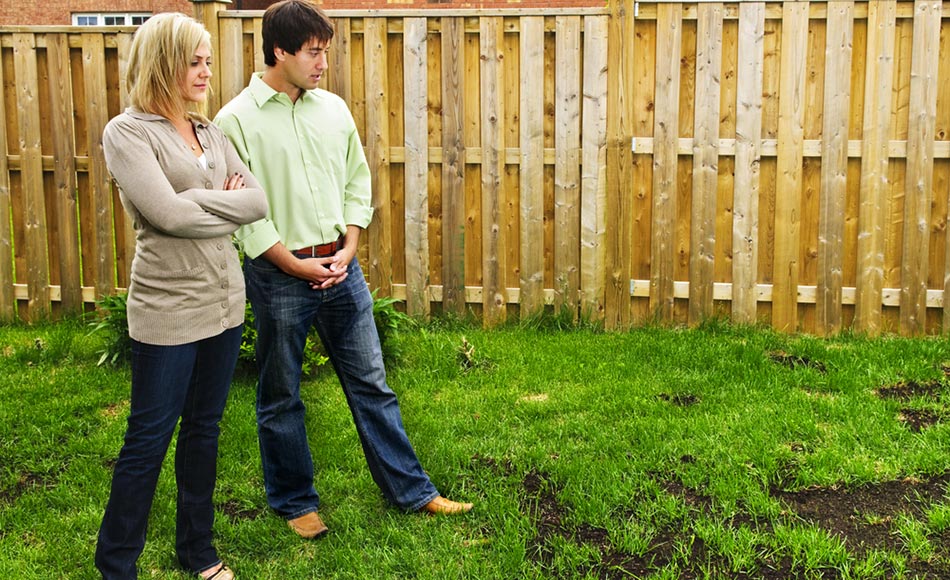 Our recommendations regarding spring seeding for your lawn.

Spring is here! You plan on planting some new bushes, preparing your vegetable garden, and seeding your lawn. However, did you know the best time to seed is in the fall not in the spring?

In Berkeley Heights, New Providence, Summit, and other surrounding areas in New Jersey, 1.888.Lawntec does not recommend core aerating, dethatching, power seeding, or overseeding in the spring. If you have problem lawn areas that need attention in the spring, consider spot seeding it and then doing a complete job in the fall. Here’s why:

Read Full Article
Back
1
Next
Posts Per Page:

We're Hiring! Start Your Career With The Lawn Techs.

Get Your Custom Lawn Analysis & Estimate

Note: You Need To Be Signed On To Our Annual Lawn Care Program To Be Eligible To Recieve Our Other Services.